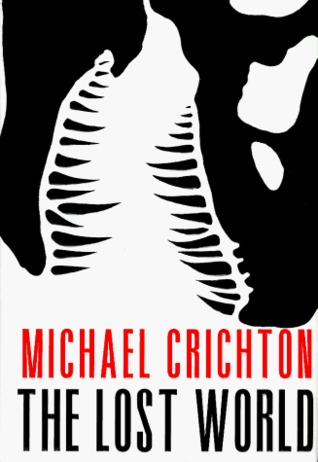 So I was so disappointed that I didn’t particularly enjoy this book. If you have read Jurassic Park, you will know that unlike in the film, Ian Malcolm actually died at the end. Hence why I was so confused as to how he was the main character in this one – apparently the press ‘wrongly reported’ his death. Funny how this book came out after the Jurassic Park film, huh? I just couldn’t shake a strange feeling that Crichton was cashing in on the success of the film throughout the entire time I was reading the book…

If you have seen the second Jurassic Park film, you will know it involves Ian Malcolm going back to the island, after reports that something wasn’t right. His daughter sneaks into one of the trailers – but in the book it is actually originally two young (middle-school?) students, along with the professor they help out and a few others. Despite the constant menace of the T-rex and raptors, the action just kind of felt flat – even though they were in great danger, I always felt like I was waiting for something really big to happen.

The writing is very typical of Michael Crichton – to the point, technical in places yet still accessible to the reader. I quite liked the majority of the characters – and of course with this sort of book, there’s got to be some you don’t like, so you’re waiting them to be snatched up by the T-rex or velociraptors, or some other horrible fate. And there are several rather arrogant or cocky characters in this just waiting for that to happen.

Overall – yes, I enjoyed the book (dinosaurs!). But somehow it almost felt unresolved, it felt almost like the middle part of a book, with the beginning and ending missing. Perhaps Crichton was betting on a third book, I don’t know. It just doesn’t have the excitement and wonder that the first Jurassic Park book had, and is nowhere near as tense – events somehow seemed much more predictable.