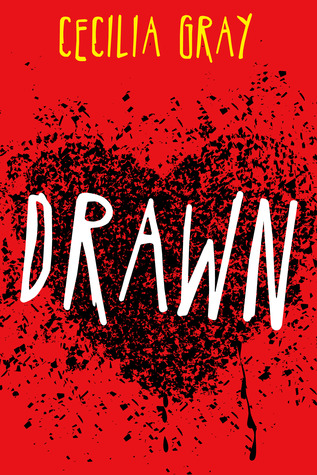 It took me a while longer to get to this book than I intended, especially as it is relatively short, and by that point I’d pretty much completely forgotten what it was about! Therefore I decided to dive into it with little knowledge, and was pleasantly surprised.

The basic premise is that Sasha, our protagonist, was abandoned as a baby and grew up in various foster homes. Due to a strange power of hers that makes people who hear her voice speak whatever is on their mind at that moment, she didn’t last long with many families, who were afraid of what she could do. Sasha ends up working for the CIA, as an agent in training, who want to use her strange gift to their advantage. After living happily with one agent for several years, she is suddenly placed on a case in Belgium and has to relocate, leaving behind everything familiar.

Drawn was a sweet story, if not hugely well-developed. It had a really interesting premise – a girl able to make people speak their minds, recruited by the CIA – and I would love to see it as a full novel rather than the 150 odd pages it currently is. This would also have allowed more time to develop the characters from the cookie cutter characters they are, particularly Vivianne as the teenage rebel. Sasha as a protagonist was interesting, with her artistic talents as well as the more unusual, and I really like one particular personal element that was added at the beginning of every chapter: comic strips of Sasha’s life, drawn by Sasha herself. She felt more real, more 3D, although unfortunately she was one of very few developed characters. The reason for Sasha having to go to Belgium seemed a bit far-fetched: the CIA getting involved in graffiti terrorist? Really? But I suppose it had to also be something suitable for younger audiences. The ending was lacking, but again I think the book would really have benefitted from being longer.

This was very much a story about building friendships and trust, about first love and working out who you really are and where you belong. Those were the elements I enjoyed, more so than the mystery of the identity of Kid Aert. A sweet, short story that I would love to see developed into a full novel.