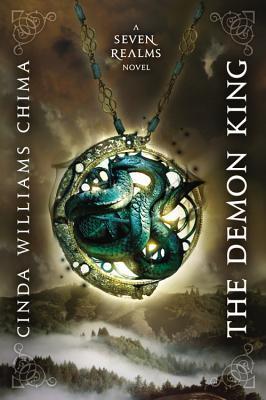 The Demon King had long been one of those fantasy books I was aware of, knew SO many people who raved about it, yet I pretty much ignored it. It sat on my ‘to read’ list for a while, despite sounding amazing, and despite endless wonderful praise from my bookish buddies. However, recently I’ve been trying to make more use of my local library. The library itself has very little, but since I can order books from anywhere in the county for free and pick them up from there, I’ve been grabbing ten books at a time, scouring through the library catalogue and cross-referencing with my Goodreads ‘to read’ shelf. The Demon King happened to be available, and so, by this twist of fate, I ended up reading it much sooner than I probably would have otherwise.

Let me just say: I am so, SO thankful for the county library inter-loan system. I devoured this 500 page fantasy novel in two days. I read it during my commute, not looking up once, and would have happily stayed on the bus and gone round in circles all day just reading if, you know, I hadn’t had to go to work… Inconvenient, much?

The Demon King centres around several characters. First, there’s Han Alister, also known to the Clans as Hunts Alone, or to the people of Fellsmarch as Cuffs Alister, streetlord of Ragmarket. Han is the son of a laundress who has turned to petty crime in order to provide for his family, but he also has connections with the Clans outside the city – the Clans being tribespeople who have connections with the land. Second, we have Princess Raisa, princess heir to the throne of the Fells (MATRIARCHY YES), who isn’t content with her position. I really liked Raisa – instead of being a spoiled brat who wasn’t happy with her lot, she was shown as someone who perhaps just wanted to live a simpler life, but was also kept in the dark about how her people were treated, and how they saw their monarch. She aspired to be a warrior queen, and was basically so determined and always prepared to do whatever it took. Other characters include Amon Byrne, Raisa’s childhood friend and son of the Captain of the Guard, and Micah Bayar, son of the High Wizard and a Draco Malfoy type character that you might want to slap across the face once or twice.

I have to admit, any plot twists or events that were meant to be shocking did not work – everything was quite obvious. But this did not spoil the magic for me. I was just so enamoured by Fellsmarch, the Clans, Raisa and Han’s separate missions and just about everything else that was going on to care. I feel like The Demon King is a fantasy novel that would work for both fantasy lovers, and those who aren’t sure about the genre – it’s not overly complicated, but it also evokes those classic elements of the genre. There’s no other way of saying this: it gave me the warm fuzzies.

This book had just the right amount of magic and swordplay for me, and I cannot WAIT to move on to book two. So, The Demon King isn’t a huge epic Tolkien-esque fantasy, where the world is crafted perfectly from the bare bones, with hundreds of years of history and made up languages and just about every family tree from peasant to royalty. But it is a magically crafted novel that allowed me to escape into this fantasy world, forgetting everything around me, and sometimes that’s all you need.

11 thoughts on “Review: The Demon King (The Seven Realms #1) by Cinda Williams Chima”