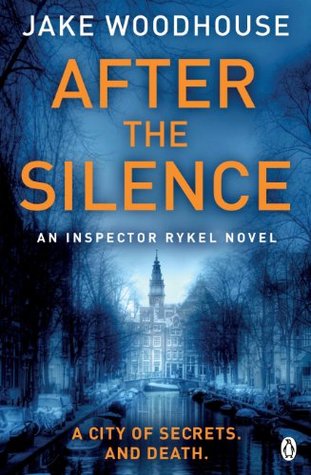 I may not read the genre that often, but I do enjoy a good crime novel. Sadly, After the Silence is not one of these.

I picked it up initially because it was set in Amsterdam, and I’m always eager to read more books set in the Netherlands. However, the setting here is completely inconsequential: it could literally be set anywhere else in the world and it would make zero difference. We get some Dutch names, a few well-known locations in Amsterdam but otherwise you could just transport it anywhere else, which was a real shame. Not as much of a shame, however, as the absolutely atrocious characters that After the Silence contains, every single one a horrible, horrible stereotype:

I can’t even really comment too much on what happens. It wasn’t a particularly special crime novel, there were no stunning twists or big reveals, and I was mostly just distracted by how disgusting these characters were, these people who were meant to be protecting society. And if it’s not bad enough, of course Jaap and Tanya hook up, because how on earth could a male and female cop work together without that happening? I spent the entire duration of this book feeling very angry, and the only positive was that it was at least quick to read, and needless to say I won’t be searching out the next one in the series.

January was a month of unemployment, and therefore left me a lot of time for reading… yet still I fell into a bit of a slump. Not so much a general reading slump, as I still managed 15 books, but I lost interest in a lot of the SFF on my shelves and all the books I’d borrowed from the library, and felt like reading something a bit different. I aimed to get through quite a few of my Netgalley books and managed to cross quite a few off the list. I also started re-reading the Harry Potter series (because why not?), and finally read the first volume of the Saga graphic novels, which was excellent. I also re-read Amy Poehler’s autobiography, Yes Please, because I love her. The Girls was a bit of a disappointment after all that hype, and I finally finished the Maze Runner series!