Welcome to my regular Thursday feature, Turning off the TV! In this feature I recommend books similar to TV shows or films you may have enjoyed, both series and specific episodes. This is a special Horror October edition of the feature, with lots more recommendations under a general theme. Obviously, the theme is horror (surprise, surprise!), but I’ve separated the books out by the main element of the story and suggested a film for each one. Each cover leads to the Goodreads page for the book.

Do you have any recommendations to add? What are some of your favourite elements or tropes of the horror genre? 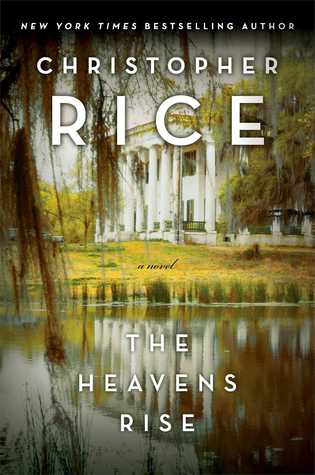 For the past few years, I’ve had a fascination with the southern states of the US, particularly Louisiana. Which is why, when I read the synopsis for this book, I knew I wanted to read it. Luckily for me, it was available on Netgalley and I managed to get myself a copy – and it snuck its way up to the top of my reading list, despite my extensive pile of review books.

However, it wasn’t quite what I expected – but that’s not to say that it wasn’t enjoyable. I was expecting voodoo magic, creepy scenes set in the bayous, adventure through the unknown – but actually the majority of the story takes place in the city of New Orleans itself. The setup of the story was definitely eerie, the events that cause the rest of the story to unfold – but this tone was not really kept up throughout the rest of the book, apart from one particular moment when an investigator finds the source of all the strange goings on.

The main characters comprise of Niquette, Ben, Anthem and Marshall, and of these Ben and Marshall are probably the most developed. Marshall is the antagonist, and the reasons for his actions do seem rather extreme – he was rejected by Niquette – but it is what happens just after the rejection that really drives him. I think he would have been a lot creepier if he was not seen to move and/or talk, causing the reader to question exactly how he was doing all these horrific acts. This is actually how it was done at the beginning of the story, which consequently made events a lot more eerie. I don’t feel I can really say much more about character development – the story was more focused on the mysterious forces in the bayous, and the strange goings on involving Niquette and Marshall.

It is not until roughly 75% through the book that the reader receives an explanation for the odd events of the story, and it did feel a little like there wouldn’t be enough time to resolve everything – but it was resolved, in an action-packed sequence that was a real whirlwind to read through. I thought the reveal – and the ‘results’ of the strange parasite – were pretty original, a sort of amalgamation of your worst nightmares and fears.

I generally take some time to read ebooks, as I don’t enjoy reading from a Kindle as much as I do a physical book – but I read 25% of this book in one sitting, which tells me that I was definitely pretty enthralled! The writing style flowed smoothly, and the author had some lovely descriptions of New Orleans, Louisiana, the bayous and Mardi Gras, which painted some wonderfully colourful pictures and vivid images.

Also I’m not sure why so many people on Goodreads have shelved this as Young Adult, because it’s not – the characters are in their late twenties/early thirties for the majority of the story, and it’s not like any Young Adult book I’ve ever read. Perhaps people have just come to associate the supernatural or paranormal with Young Adult fiction?

Overall, whilst it wasn’t quite the book I was expecting – I was looking for something set out in the sticks or the swamplands, away from civilisation – this was an original and fun read that I got through very quickly, which as I previously mentioned is a good sign when I’m reading an ebook! Highly recommended if you’re looking for something of the horror or paranormal variety that doesn’t involve vampires or werewolves.