The film this week is: The Day After Tomorrow.

Jack Hall, paleoclimatologist, must make a daring trek across America to reach his son, trapped in the cross-hairs of a sudden international storm which plunges the planet into a new Ice Age.

Oh Roland Emmerich, you bringer of doom. I’ve lost count of how many disaster/end of the world movies Mr. Emmerich has made, but it’s definitely a lot. Does he have an obsession with global warming or the elimination of the human race? Is he trying to send us a message? Or does he just like making huge scale mediocre movies full of doom and gloom and attractive young actors in dire peril? We shall never know. The Day After Tomorrow is a fun movie, silly, but fun. Plus I guess it’s not about the end of the world as such, as just a rather inconvenient and extreme ice storm that hits the majority of the world and kills off a large percentage of the population. Nothing too major. Anyway I knew I had to pick this one for this feature one day, because think of many end of the world novels there are! Apparently we, as the human race, could go out in a variety of different ways. Let’s take a rather depressing look at them!

The Swarm by Frank Schätzing

Okay, so it’s not a huge ice storm that’s the big threat in this, but mankind is still under fire from nature. Apparently The Swarm has been on bestseller lists in Germany since release, which is impressive. It sounds like it would really appeal to fans of The Day After Tomorrow because the peril that humanity has brought upon itself, due to the mistreatment of ecology.

The Road by Cormac McCarthy

If you’re looking for something that’s more post-apocalypse, rather than set during the apocalypse itself, then Cormac McCarthy’s The Road is a great pick. It’s stark, it’s bleak, it’s depressing – and highly moving. Although the reader never finds out the names of the protagonists, who are referred to only as ‘The Man’ and ‘The Boy’, they’ll be rooting for them. It’s a tough terrifying world that shows how easily people can turn on each other.

Throwing a Young Adult choice into the mix, Breathe by Sarah Crossan focuses, like The Day After Tomorrow on environmental factors. The oxygen levels on Earth have plummeted, and millions have died as a result. Now the population must pay for oxygen, which is no problem for the rich, but what about those who are less wealthy?

Are you a fan of The Day After Tomorrow? Do you have any recommendations to add? Are there any other TV shows or films you’d like me to cover? 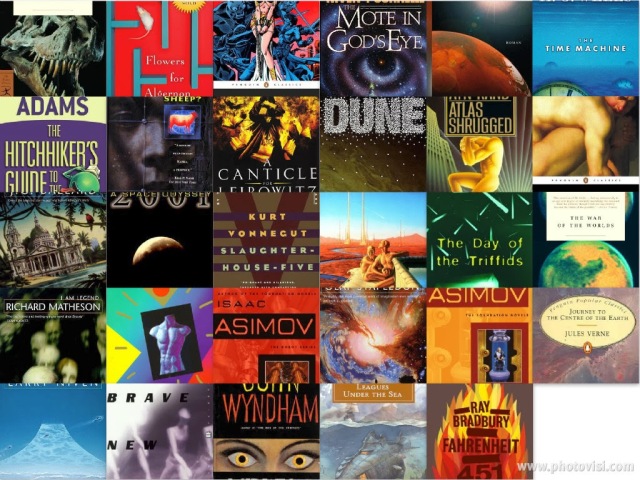