In today’s Sci-Fi Month post, I’m showcasing my previous reviews of science fiction books. Click the cover to read the review! Don’t forget to check out the schedule for the rest of today’s posts. You can also Tweet about the event using the hashtag #RRSciFiMonth. 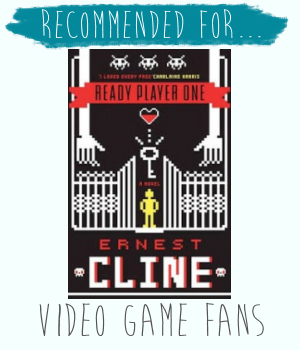 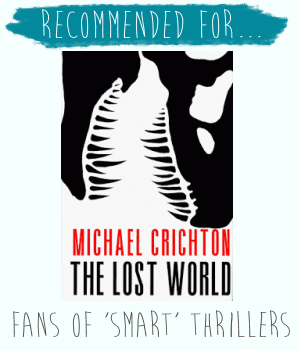 Have you read any of these books? What did you think of them? Don’t forget to check out the schedule for the rest of today’s posts!

December 28, 2012October 15, 2017 Rinn
This is my own wrap-up post of the past year, pointing out particular favourites, new authors and series, etc. To see all the books I have read this year, click here, or look at the graphic below (good ol’ Goodreads!)

I started off the year with reading all but the first book of A Song of Ice and Fire by George R. R. Martin, as I had read A Game of Thrones at the end of 2011. Definitely one of my new favourite series and authors! I don’t think I really need to explain what they’re about as I’m pretty sure everyone has heard of the series by now. 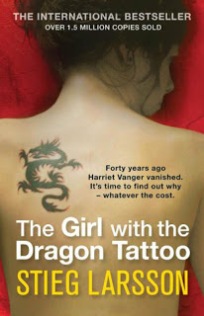 I started the Millennium series, by Stieg Larsson. My parents are fans, and were going to see the English language version of the film in the cinema, and I decided to go with them. I hadn’t read the books, so on the day we were going to watch it I started reading The Girl with the Dragon Tattoo, and got about halfway through the book before seeing the film. But Blomkvist and Salander hadn’t even met by that point! I still haven’t read the third book of the series – I started it, but honestly found it rather dull, and from watching the film I know not much happens.

I won my first Goodreads giveaway – Antauge by Sarah Parker Morris, which I ended up giving a three star rating. You can read my review here. I won many other books after, some of which I still need to review!

Mass Effect 3 was released, and I played and finished it – and started reading the books because I just can’t get enough of it. Unfortunately, the books are pretty bad… but that doesn’t stop me from reading them. I have reviewed Mass Effect: Ascension by Drew Karpyshyn and Mass Effect: Homeworlds by Mac Walters; and read but not reviewed Mass Effect: Deception by William C. Dietz and Mass Effect: Evolution by Mac Walters.
I also decided to read some more classic sci-fi, so read books such as I Am Legend by Robert Matheson and Do Androids Dream of Electric Sheep? by Philip K. Dick. I made sure to read it before I watched Blade Runner – which is one of my dad’s favourite films, and he’d been telling me to watch it for ages. I have to say, I definitely preferred the book! I also read some newer sci-fi, such as House of Suns by Alastair Reynolds (amazing) and Gradisil by Adam Roberts (had so much potential).

I read The Hunger Games series, all three books before seeing the film. I absolutely loved them, and this led to me reading more YA books that weren’t quite so good…

But I also discovered some new favourite series – the Hyperion Cantos by Dan Simmons, The Demon Cycle by Peter V. Brett, the Chaos Walking trilogy by Patrick Ness. I discovered some really enjoyable, underrated books such as The Silver Linings Playbook (which I’m sure is now more popular due to the film). I re-read some older favourites – Malorie Blackman’s Noughts and Crosses trilogy, The Hobbit by J. R. R. Tolkien, some Bill Bryson. 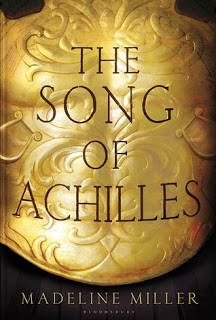 I finally got round to reading (and really enjoying!) some of the more popular books that I’d been meaning to read – The Passage by Justin Cronin, Ender’s Game by Orson Scott Card, The Song of Achilles by Madeline Miller, We Need to Talk About Kevin by Lionel Shriver.

But I also read a couple of books that I really didn’t enjoy. Hemingway’s The Old Man and the Sea, Nathaniel Hawthorne’s The Scarlet Letter. Admitting to not enjoying either of those almost makes me feel blasphemous… but I just didn’t get along with them at all. I think The Scarlet Letter is the only book I’ve ever wanted to throw across the room. I really looked forward to reading Let The Right One In but spent the majority of it feeling rather queasy… I also read the infamously Goodreads-wide hated Save the Pearls: Revealing Eden, which made me feel rather sick for a completely different reason.

I founded this blog at the end of August, which is when I started reading ebooks – I’m still not sure what I think of them. I can see their uses, definitely, but I much, much prefer the feel of a real book in my hands. Since I started this blog, I have made 95 posts (not including this one), 29 of which are book reviews. I’ve gained 220 followers on Google Friend Connect, and over 500 on Twitter, as well as discovered some fantastic fellow book bloggers!

I’m actually finding it really hard to write this post, because there are so many books and aspects of blogging that  I want to write about, but I don’t want to turn this into an essay, and it would also take forever! Overall, I would say that I think it’s been a great year, reading wise. I read a wide range of genres, found some amazing new books/series/authors, and also found ones I know to steer clear of.

I think I’ll also just take the time to send a small shout out to some of my favourite book bloggers – Kelly, Kat, Ara, Aloi and Deneé – I visit your blogs regularly, and try to comment frequently. But there are so many others I love to visit, I would list my whole blogroll on here if I could…

This is yet another hard one to rate. I really love sci-fi, especially high-concept, and the quote on the cover led me to believe this was one of those novels. However, I would describe as more of a low-key sci-fi – it is set not too far into the future, and the technology is not majorly developed. Although people (known as ‘Uplanders’) are living on the edge of the earth’s atmosphere, this is a very rare occurrence; and despite this development in technology, the last manned moon landing was Apollo 17 in 1972, as it is today.

The society in the book doesn’t seem too changed from our own. There appears to be more of a continental emphasis, e.g. the countries are called England-EU, Finland-EU etc, but apart from casual space travel it doesn’t seem too different. There are so many theories about the definition of ‘science fiction’ compared with fantasy, but the commonly accepted one seems to be that sci-fi is what could happen, whereas fantasy never could. In that case, I would say that 2050 seems far too early for this casual space travel, but it’s really hard to query the plausibility of sci-fi!

Roberts has a very fluid writing style, and the first half of the book (narrated by Gradisil’s mother Klara) was an account of her life as an ‘Uplander’, from her childhood to Gradisil’s late teens, and was some very effective world building. Yet as soon as the story switched to Gradisil’s half, it became much less interesting; it almost feels as though the two halves could quite easily be two different books. Whilst the eponymous character never provides the narration, we see her from two different sides: as a child and a teenager, from her mother; from a young woman to middle aged by her cuckolded husband. This has the effect of keeping Gradisil at a distance from the reader, as she is to all the loved ones in her life.

Yet for all the effective techniques that Roberts has used, there are some downfalls. The beginning of part two of the book, where narration by Slater (who becomes more and more entwined with the story) begins, was just a complete information dump. Too many facts and figures and information about technology was introduced in a matter of pages, and I quite honestly found all but one or two of Slater’s chapters really dull. I don’t even think his POV chapters were completely necessary.

The changes in spelling as time progressed, whilst showing changes in society, annoyed me. First it was the dropping of ‘c’, then ‘h’, then ‘ng’ became a strange symbol. I really can’t stand this in books, hence why I dropped Feersum Endjinn by Iain M. Banks. It worked for Flowers for Algernon (which is a fantastic book, by the way) because it was a very effective way of portraying Charlie’s rapidly increasing IQ. Here, however, it really isn’t necessary and just bugged me.

Overall, I did enjoy the book but it honestly felt like it could have been two novels, or perhaps a novella – covering Klara’s story – and a novel. The two halves were rather disjointed, and I enjoyed Klara’s half more, despite Gradisil barely being in it. It was nice to read some low-key sci-fi though, something a bit more easily imagined.