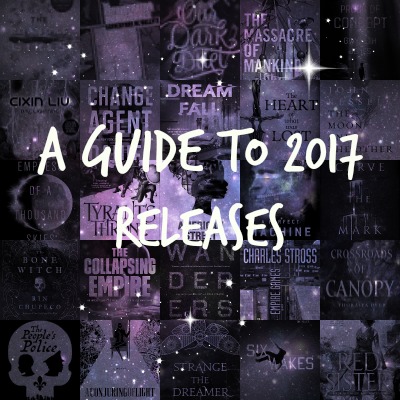 When it comes to listing my most anticipated books for the year, I find it pretty difficult. How am I supposed to restrict my choice to just five or ten books, when thousands are published every year? Instead, I’ve decided to create a comprehensive little guide to the ones I’m most excited about, sorted by genre – with the main focus on science fiction and fantasy, but what else would you expect? 😉 As this post was written in mid-December, by the time it goes live I’ll probably have another 50 or so books I want to add… The Massacre of Mankind (War of the Worlds #2) by Stephen Baxter, Empire Games (Empire Games #1) by Charles Stross,
Six Wakes by Mur Lafferty,
The Moon and the Other by John Kessel, The Stars Are Legion by Kameron Hurley, The Collapsing Empire by John Scalzi, Pitch Dark by Courtney Alameda, The Refrigerator Monologues by Catherynne M. Valente and Annie Wu, The Wanderers by Meg Howey, All Our Wrong Todays by Elan Mastai, Empress of a Thousand Skies by Rhoda Belleza, Blight by Alexandra Duncan, Carve the Mark by Veronica Roth, A Perfect Machine by Brett Savory, Proof of Concept by Gwyneth Jones, Ball Lightning by Liu Cixin, Change Agent by Daniel Suarez, New York 2140 by Kim Stanley Robinson. The Winds of Winter (A Song of Ice and Fire #6) by George R.R. Martin, A Conjuring of Light (Shades of Magic #3) by V.E. Schwab, The Bone Witch (The Bone Witch #1) by Rin Chupeco, Crossroads of Canopy (Titan’s Forest #1) by Thoriya Dyer, The People’s Police by Norman Spinrad, Our Dark Duet (Monsters of Verity #2) by V.E. Schwab, Strange the Dreamer (Strange the Dreamer #1) by Laini Taylor, Caraval by Stephanie Garber, Royal Bastards by Andrew Shvarts, Tyrant’s Throne (Greatcoats #4) by Sebastien de Castell, The Heart Of What Was Lost (The Last King of Osten Ard #0.5) by Tad Williams, Red Sister (Book of the Ancestor #1) by Mark Lawrence. 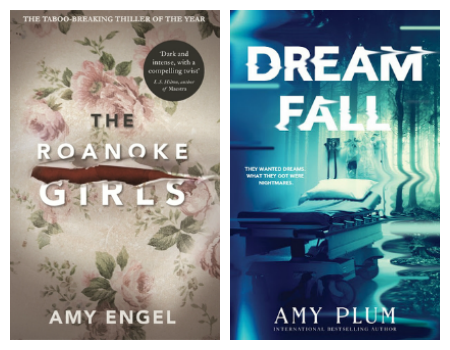 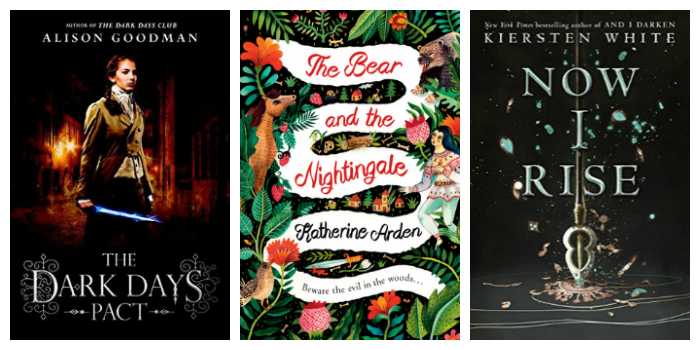 The Dark Days Pact (Lady Helen #2) by Alison Goodman, The Bear and the Nightingale by Katherine Arden, Now I Rise (The Conqueror’s Saga #2) by Kiersten White. 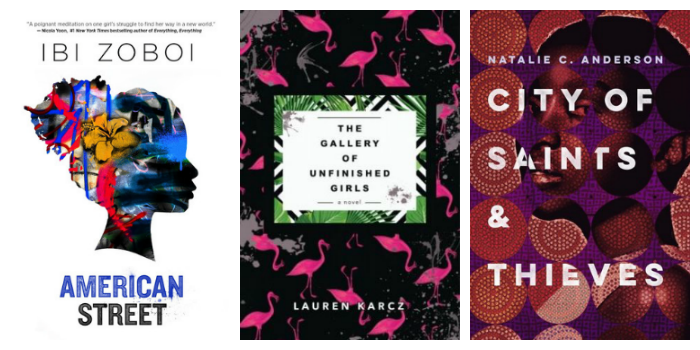 American Street by Ibi Zoboi, The Gallery of Unfinished Girls by Lauren Karcz, City of Saints and Thieves by Natalie C. Anderson.

Which 2017 releases are you most looking forward to? 🙂

Welcome to my new Thursday feature: Turning Off The TV! In this feature I’ll be recommending books similar to TV shows or films you may have enjoyed, both entire series and specific episodes.

The TV series this week is: Game of Thrones.

Seven noble families fight for control of the mythical land of Westeros.

The obvious thing here – read the books written by George R.R. Martin. But perhaps you’ve already read them, or for some reason you’re just not prepared to read them (yet!). They are all pretty hefty reads after all! So, whether you’ve read the books or not, here are some recommendations based on Game of Thrones – the covers link to each books’ respective Goodreads page.

The White Queen, The Kingmaker’s Daughter & The White Princess by Philippa Gregory

The Wars of the Roses were a big inspiration for George R.R. Martin whilst writing the series. These three books cover the life of Elizabeth Woodville, Queen Consort of England as wife of King Edward IV. Game of Thrones is full of strong female characters, just like Elizabeth, and I think if you like Cersei, Daenerys, Arya et al, you’ll love Gregory’s cast of characters.

An adventure story set during the Wars of the Roses, but unlike the books above, this one does not feature royalty as a main character.

The Dragonbone Chair by Tad Williams

The first book in the Memory, Sorrow and Thorn series, George R.R. Martin has quoted Tad Williams – and this book in particular – as being a huge inspiration on his work. An epic fantasy published eight years or so before Martin’s own epic series, A Song of Ice and Fire, was published, it has some pretty good ratings and reviews on Goodreads!

Have you read any of these books? Do you have any others to recommend? Are you a fan of Game of Thrones?

Today I want to discuss a science fiction and fantasy publisher, who have also been kind enough to send some goodies for Sci-Fi Month: Hodderscape. Don’t forget to check out the schedule for the rest of today’s posts. You can also Tweet about the event using the hashtag #RRSciFiMonth.

Hodderscape is the science fiction, fantasy and horror imprint of the well-known publishing house, Hodder & Stoughton. They publish a wide range of authors, including Stephen King, Laini Taylor, Frank Herbert, Benjamin Percy and Jasper Fforde. You can view a full list of their authors here.
They have published books that range from Frank Herbert’s Dune, the science fiction classic, to Susan Ee’s Angelfall, an originally self-published sensation.

Here is a selection of Hodderscape’s book covers:

What’s so great about Hodderscape?

The number one thing to me is that they interact with their readers. The team has a big online presence and makes great use of social media to stay in touch with book lovers, answer any questions and offer up some great giveaways and competitions. They also have a blog where they feature weekly articles by author Adam Baker, Friday Favourites, Wednesday Wonders and Classic Covers, amongst other things. They’re more than happy to indulge in discussion with fellow fans of science fiction, fantasy and horror.
If you’d like to keep up to date with Hodderscape, you can visit their website, like them on Facebook or follow them on Twitter.
Thanks to the lovely people at Hodderscape, I have some books to give away. The winner can choose between a signed copy of Red Moon by Benjamin Percy, or an ARC of She Who Waits by Daniel Polansky, and I’ll throw in some of the bookmarks that Hodderscape sent me along with the books. The giveaway is UK only, because of postage costs, but I’ll add another small international giveaway for some of the bookmarks in case anyone is interested. 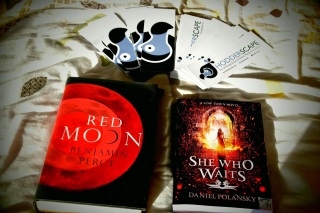 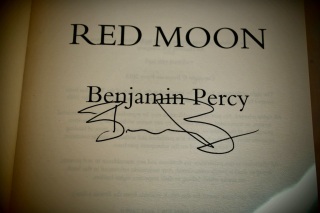 Giveaway removed after migration to WordPress