Fantasy Friday is my own feature, previously posted every other Friday but now a little more occasionally! It’s pretty self-explanatory: I do a feature on something to do with the genre. Sometimes it will be a book recommendation, sometimes showcasing a book or series I’ve loved and other times it might be a discussion post. You’re more than welcome to join in with this feature, let me know if you make your own Fantasy Friday post!

Today I want to talk about: fantasy inspired by Middle Eastern culture.

It has always bugged me that so many of the fantasy books I read are clearly inspired by Western culture. For example, many novels take inspiration from Scandinavian countries, because their history, culture, architecture and ancient religions provide some pretty wonderful inspiration. But this works well for so many other countries, so why aren’t we seeing their influence?

Actually, Middle Eastern culture does have a lot of influence on fantasy fiction. But very rarely are the heroes and heroines from this background. It seems to mostly be used as an inspiration for the ‘enemy’ culture, to represent barbarians and people of a ‘less developed’ civilisation, for example the Dothraki in George R.R. Martin’s A Song of Ice and Fire series, who are initially shown as very violent and cruel. This got me thinking about books where this is not the case, and where the main civilisation represented in the book is actually inspired by the Middle East. I was pleased to find quite a selection during my research, and would love to hear about some more if you can share any!

Do you have any other recommendations? 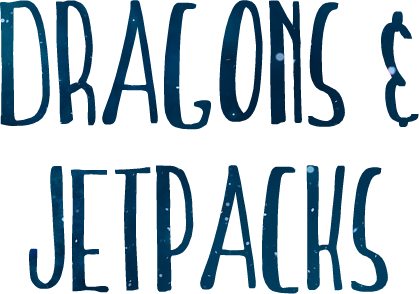 Victor and Eli started out as college roommates—brilliant, arrogant, lonely boys who recognized the same sharpness and ambition in each other. In their senior year, a shared research interest in adrenaline, near-death experiences, and seemingly supernatural events reveals an intriguing possibility: that under the right conditions, someone could develop extraordinary abilities. But when their thesis moves from the academic to the experimental, things go horribly wrong. Ten years later, Victor breaks out of prison, determined to catch up to his old friend (now foe), aided by a young girl whose reserved nature obscures a stunning ability. Meanwhile, Eli is on a mission to eradicate every other super-powered person that he can find—aside from his sidekick, an enigmatic woman with an unbreakable will. Armed with terrible power on both sides, driven by the memory of betrayal and loss, the archnemeses have set a course for revenge—but who will be left alive at the end?

Chava is a golem, a creature made of clay, brought to life by a disgraced rabbi who dabbles in dark Kabbalistic magic. When her master, the husband who commissioned her, dies at sea on the voyage from Poland, she is unmoored and adrift as the ship arrives in New York in 1899.

Ahmad is a jinni, a being of fire, born in the ancient Syrian desert. Trapped in an old copper flask by a Bedouin wizard centuries ago, he is released accidentally by a tinsmith in a Lower Manhattan shop. Though he is no longer imprisoned, Ahmad is not entirely free – an unbreakable band of iron binds him to the physical world.

The Golem and the Jinni is their magical, unforgettable story; unlikely friends whose tenuous attachment challenges their opposing natures – until the night a terrifying incident drives them back into their separate worlds. But a powerful threat will soon bring Chava and Ahmad together again, challenging their existence and forcing them to make a fateful choice.