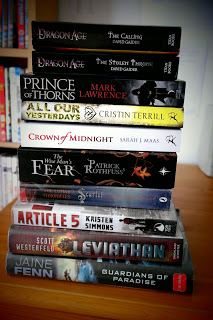 That’s everything from last week! I bought more brand new books that I have in a long time – what did you get this week?